The following are examples of government publications which can be useful when researching Political Science topics:

FedStats
Provides a gateway to statistical information from more than 100 agencies in the U.S. federal government. Includes statistical profiles of States, counties, cities, Congressional Districts, and Federal judicial districts.
Historical Statistics of Canada (2nd edition)
Provides text and historical tables showing Canada's development from 1867 to 1975. The statistics are derived from many sources and include social, economic, and political time series covering 22 topics. This information is also available on the Web at http://www.statcan.gc.ca/pub/11-516-x/11-516-x1983001-eng.htm
REF: HA746.U7 1983 AND Government Documents: CS11-516E

Historical Statistics of the States of the United States : Two Centuries of the Census, 1790-1990
Provides state (and District of Columbia) level data on population, agriculture, and manufacturing. The population of cities having more than 100,000 people in 1990 are included from 1790-1990. A glossary of terms is included.
REF: HA214.D63 1993

Statistical Abstract of the United States (1878- )
The standard summary of statistics on the social, political, and economic organization of the United States. Selected information available on the Web at https://www.census.gov/library/publications/time-series/statistical_abstracts.html
REF: HA202.A3 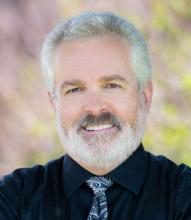