Voting for members of the Prince Edward Island Legislative Assembly and in a referendum on a proposal to change the voting system for future provincial elections will take place on April 23rd. Advance polls will be held on: Saturday, April 13; Monday, April 15, and; Thursday, April 18. Mail-in ballots for eligible voters are also available.

The election and referendum are being administered by Elections PEI, a non-partisan agency of the Legislative Assembly. For information on voting eligibility and procedures — including polling station locations, directions for voter registration, etc. — the Elections PEI website is the most authoritative source (NOTE: If you weren't visited at your residence by an enumerator from Elections PEI before April 5, you need to confirm which electoral district you reside in, then contact the Returning Officer for that district). The site also offers a wealth of background information, including past election results.

An item that may be of particular interest for some members of the UPEI community is:

Relatedly, the UPEI Student Union is running a Get Out the Vote campaign, encouraging all members of the UPEI community who are eligible to vote to do so. Drives to polling stations — including advance polls — are being offered, along with activities such as an election results viewing party on April 23rd. Check out upeisu.ca on the Web or on social media for more information.

A unique feature of this provincial election is that it is being run concurrently with a referendum on the province’s electoral system. Voters will be offered a Yes / No ballot on the following question: “Should Prince Edward Island change its voting system to a mixed member proportional voting system?”

Elections PEI will administer the referendum vote, but because a mixed member proportional (MMP) voting system would represent a significant change to the existing First Past the Post (FPTP) model, the PEI Government has also appointed a Referendum Commissioner, with a mandate to impartially inform and educate voters about both referendum options. As part of this effort, the Commissioner’s office operates the informational Referendum PEI website.

Part of the Commissioner’s role is to regulate the allocation of PEI government funds to organizations promoting both the “Yes” and “No” sides of the referendum question. The Commissioner has recognized two groups, “Vote Yes PEI” and  “No What to Vote”  as the registered advertisers for the Yes and No sides, respectively. Unregistered advertisers advocating either side may also participate, but are not allowed to spend more than $1,000 individually (and not more than $10,000 if operating collectively).

Both of the main news media outlets on PEI have webpages dedicated to election / referendum coverage:

The four main parties (i.e. those with registered candidates in all — or most — Island electoral districts) are listed, alphabetically by party name, below.

Each Party’s website also provide links to the social media feeds / channels of that Party.

There are also several independent candidates. Elections PEI maintains the official listing of all candidates in all districts, including those running independently.

All of the groups and parties mentioned in this guide are active — to a greater or lesser degree — on social media. The most widely-used platforms for elections / referendum-related activity to date appear to be Twitter and Facebook, followed by Instagram and Youtube, and the most popular general hashtags look to be #peipoli and #PEIVotes2019, though other hashtags and descriptors can be expected to proliferate as the campaign progresses.

The Library is pleased to celebrate the vigourous exercise of free speech and public debate that are so much in evidence at election time, but we also note that the heightened public interest and emotion surrounding election campaigns can increase the likelihood that exaggerations, mis-statements, and even outright falsehoods will circulate, especially via social media. We therefore respectfully encourage all those who wish to behave as responsible citizens during this election / referendum season to exercise even greater care than usual in scrutinizing information received, and in considering what to post or share on social media. 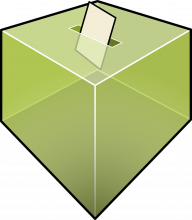